Closed landfill sites. Spoil heaps. Abandoned 4×4 off-road tracks. Wasteland. This has been my running “scenery” for the last month.

Back in February – when the world was a different place – my last running blog looked at how to keep the spirit of low-key fellrunning alive when confined to the city. That was inspired simply by the normal limitations of living in town over winter – distance from the fells, bad weather, limited daylight.

We have new normals now, of course. In terms of running, we run from the door. We maintain social distance. We run within our limits. But we can, at least, run; in fact, we have official blessing to do so (once a day). And it turns out some of the tips from that previous blog have come in handy.

Lockdown brought overnight adjustments. Planned races and trips to the fells abandoned. The entire map collection shunned in favour of the one, local OS 1:25000 (in my case, Leeds South). A first glance of the map to find the obvious open spaces and rights of way within reasonable distance of home.

Then you get out there and find everyone else has had the same idea! Even at what you thought would be the quieter times. Pick a narrow footpath and sod’s law there’s someone already on it, and an awkward “passing” to be negotiated. Social distancing is not as easy as it seems.

A second, obsessive scour of the OS map (and, I confess, of Google Maps too). This time my eye is drawn to the obscure footpaths that don’t really go anywhere, to “Disused Workings” and “Spoil Heap (dis)”, to the unclassified rough ground and the totally white squares that just seem to be a blank.

At least here you can feel relaxed about hardly seeing anyone (funny how these areas used to feel “dodgy” for exactly the same reason?). And you get to go “beyond the map” by finding features not marked. A decent hill training area, courtesy of an abandoned quarry face. An up-and-down cross country circuit, previously a banger-racing course. Abandoned ground next to a landfill site, as “wild” an area as any you’ll find on the fells (with an added whiff of methane to boot).

As a kind of sideline to keep those long-lost fells in mind, I’ve also located 13 trig points on my map and started “collecting” them. The contrast between these urban trigs and the iconic hilltop pillars so familiar to the fellrunner is mildly amusing. So far I’ve visited one on a busy roadside verge and another tucked behind a water tower. I’ve failed to access 3, due to development, overgrown vegetation and hospital walls respectively. I visited the site of another that had recently been swept away by a business park development. Still on my list is one that is no longer on the map…. because it’s been re-located 50 yards away as part of a housing development and given its own “feature garden”(!). The key thing is that trigs are not confined to the fells – they are everywhere, and I recommend the TrigpointingUK website accordingly (an absolute goldmine of useless information to help you while away the hours).

These are tough times no doubt and it’s easy to get demoralised….. but there are some positives. Running has been officially endorsed by the government as a good thing, something we can do every day. Less traffic, pollution down, more wildlife to be seen. Many (like me) are on furlough, with more time and energy on our hands – we can go running when it suits us, rather than “fitting it in”. And we’re getting to visit places we wouldn’t otherwise have seen.

And we know the fells will still be there for us in time.

This is a short blog to say that if anyone in Leeds has any questions about home composting just now, I’d be happy to try and answer them.

Particularly if you’re just starting out but are not sure how to do so, I’d be happy to offer a few tips.

Leeds City Council has suspended the brown bin service, and closed the Household Waste Sites, so we need to find something else to do with our garden waste this summer.

I wouldn’t call myself a massive “technical” expert in composting, but I have been giving it a go at home for the last 25 years. I also used to run a composting project on a city farm, and also worked with other composting groups elsewhere in the UK. So, I may have some idea of what might or might not work for you.

I’m also on furlough from my current employer at the moment, so have some time on my hands! I’d be happy to help if I can.

I’ve written a couple of previous blogs about home composting, which provide a bit of background:

Stay at home, compost at home

Home composting in a small garden

I’ve also recorded a 15-minute “demo” Composting Podcast (a Com-Post-Cast!), on the subject of how to manage your garden waste during Lockdown. Listen here:

So, if you have any composting queries, you are welcome to contact me using the Comments box below, or on Twitter. Alternatively, visit the Zero Waste Leeds Facebook page 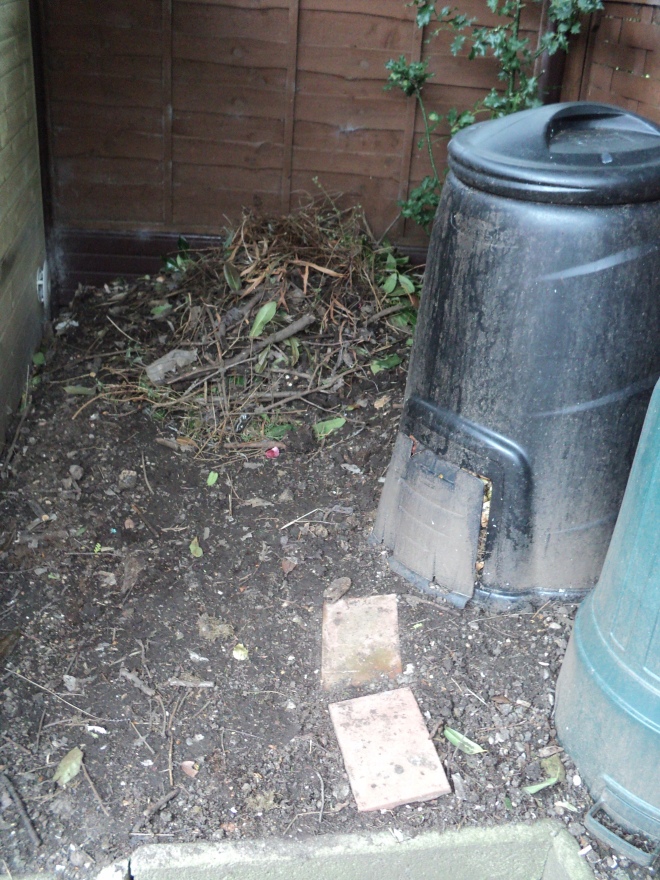