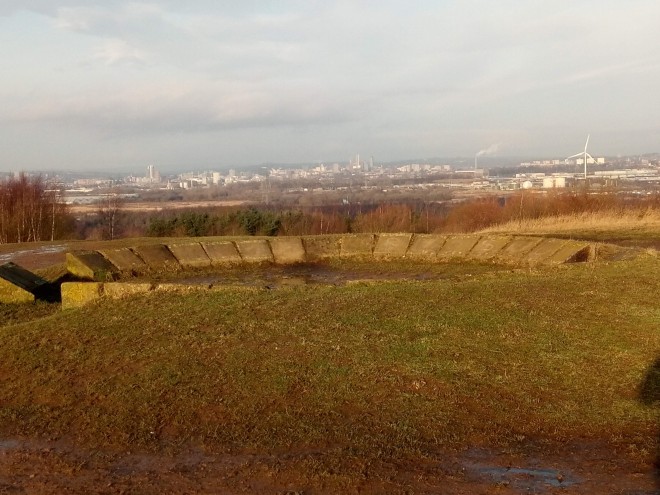 View of Leeds from Rothwell Country Park, on the site of the former Rothwell colliery

Picked up one of my favourite running books the other day – Running Free, by Richard Askwith. First read it a couple of years ago, and no doubt it’s been a big influence on how I’ve gone about my running since. It shuns the conventional, “urban” style of running – based on roads, gyms, times, expensive kit, big events etc – in favour of a “rural” style emphasising the sheer joy and fun of running: inexpensive, off-road and closer to nature.

I spent much of 2019 putting this into practice when living and working in Borrowdale in the Lake District, a fantasy-land for the “rural” runner, as outlined in my most recent blogs. Equally, the author describes similar experiences running through the fields and woods close to his home in rural Northamptonshire.

There seems to me a logical next step from this. Some people live in the countryside permanently, others temporarily, and most of us will visit from time to time. However, fact is that 80-90% of us live in towns and cities, so day-to-day are not able to practice “rural” running in a rural setting. It would seem pretty important, then, to establish whether it’s possible to practice rural running in an urban setting, so that it’s theoretically available to most.

This is only too apparent to me. Having finished my summer job in Borrowdale in October, I moved back to Leeds, where I’d previously lived since 2005. Over these last 3 months, I haven’t gone out and bought a pair of road shoes, or joined many of my running club’s road interval sessions or signed up for the Leeds Half Marathon. Instead, I’ve been trying to find various weird and wonderful ways of keeping my running varied, interesting, low-cost (I’m not currently blessed with a well-paid job) and, perhaps most importantly for me (a creaky 47 year-old with dodgy knees), off-road. It’s been particularly challenging in these cold, dark winter months, but I’ve given it a go!

Here, then, are 10 top tips for “rural” running when living in a big city, based on my experience of running in Leeds:

Well, there’s probably more on this theme, and I’d be interested to hear anyone else’s ideas. Elsewhere on this site can be found lengthy discourse about my attempts to help save just a small wild space in Leeds from development a few years ago. Returning to the city after almost a year in Borrowdale, which is blessed with wilderness aplenty, has reminded me of the essential need for wild space close to where the majority of people live as well.