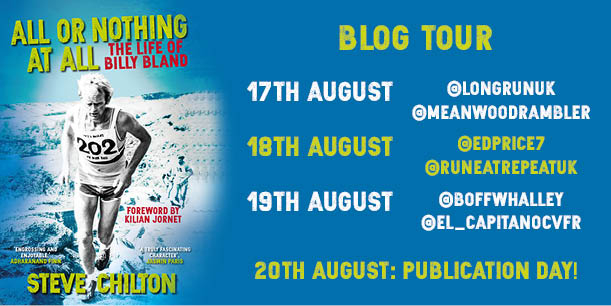 Preview of “All or Nothing at All – The Life of Billy Bland”, by Steve Chilton

You could be forgiven for asking whether a fellrunner, any fellrunner, merits a biography. Fellrunning is an obscure sport, largely unknown outside its mountainous heartlands. And despite a host of revered characters going back through the decades, no individual fellrunner has ever broken through to wider public awareness. As such, I’m not aware of a conventional, widely-read fellrunning biography.

Perhaps this is looking at things the wrong way. Previous fellrunning-themed books have communicated the essence of the sport by patching together its various elements – races, challenges, records, rivalries, personal experiences of the author and its humbler participants… as well as brief profiles of elite performers. So perhaps a fuller length biography of one-such elite performer can provide us with a refreshing new angle on the sport?

The signs are promising from my sneak preview of “All or Nothing at All”. Employing a technique successfully used in his previous book about the Bob Graham Round, the author faithfully records interviews with its former record holder – Billy Bland. And we get a pleasant surprise – in the one chapter I’ve seen, in this biography of a fellrunner, fellrunning isn’t mentioned.

The gist of Billy’s running career is already well-recorded. Now in his early 70s, he’s lived all his life in Borrowdale (one of the most dramatic, and visited, valleys in the Lake District), where he worked locally as a stonemason. His running on the local fells combined an obsessive training regime, meticulous knowledge of the landscape, an ability to move quickly over difficult terrain, and innovative race tactics (such as deliberately going the wrong way to elude trailing runners, or hanging back at the start line then running through the field to avoid being followed!). The reward was a decade of race wins, including some astonishing records. That his 1981 time for his local Borrowdale Fell Race still stands as the quickest today says it all.

So much, so good. But what does this biography reveal that we don’t already know?

If people want to come up here to walk then fine. But I would put a traffic barrier at the bottom end of Borrowdale….. and bus people in, or let them cycle in or walk in. It would work I am sure it would. People would still want to come up here, especially if it was different to other valleys. The locals could have a pass for the barrier.

A typical quote from the interviews with Billy. Apart from traffic, we hear his views on various topics of Borrowdale interest – wildlife, agriculture, tourism, second homes, fox-hunting, local services….. he’s got a strong opinion on all of them. But why should a former sportsman care about stuff like this?

This is perhaps the key to why this biography may be worth your attention. It is somehow dissatisfactory to describe fellrunning simply as a “sport”. Sport, as we generally experience it (whether as a participant or spectator), normally takes place in a separate, dedicated arena, designed for the purpose. By contrast, fellrunning takes place in a natural landscape, with races often organised by local communities. Its roots make it as much part of upland culture and tradition as a sport.

Agree or disagree with Billy’s views as you wish, but it’s just great to know that someone who made their name running through Borrowdale actually cares about the issues affecting it today. Well-publicised post-Lockdown scenes of overcrowding and littering have included Borrowdale, where the tension between dramatic scenery and relative accessibility has always been acute. For example, when I lived in Borrowdale in 2019, at the YHA, I would despair at the sight of the overwhelmed car park at weekends in summer. Cars parked on the verges and camping field, tyre tracks left behind…. soon to be followed by a drive skirting dozens of pedestrians and cyclists alongside Derwent Water (no fun for them either) and a long queue to get through Keswick. Billy’s suggestion of a traffic barrier may seem extreme, but it seems reasonable that the events of 2020 should at least allow radical ideas like this to be discussed.

As we emerge from Lockdown, we look for suitable ways forward in all aspects of life. For fellrunners, Billy’s story – the connection with his local patch during his running career, and his abiding interest in it after – seems like a good example to follow. If, like me, your local library is still shut, and you’re on the lookout for a decent book to buy, this new biography looks like a good bet. 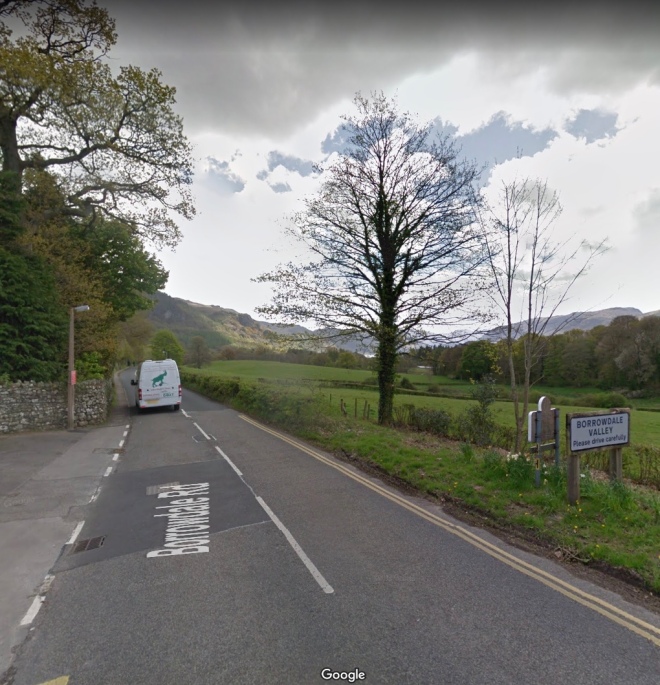 ‘All or nothing at all’ will be published on Thursday 20th August and can be obtained from all good bookshops and online at Amazon. Live book launch, Thu 20 Aug 6.30pm

All or Nothing At All is the life story of Billy Bland, fellrunner extraordinaire and holder of many records including that of the Bob Graham Round until it was broken by the foreword author of this book, Kilian Jornet. It is also the story of Borrowdale in the English Lake District, describing its people, their character and their lifestyle, into which fellrunning is unmistakably woven.

Steve Chilton is a runner and coach with considerable experience of fell running. He is a long-time member of the Fell Runners Association (FRA). He formerly worked at Middlesex University as Lead Academic Developer. He has written three other books: It’s a Hill, Get Over It; The Round: In Bob Graham’s footsteps; and Running Hard: the story of a rivalry. He has written articles for The Fellrunner, Compass Sport, Like the Wind and Cumbria magazines. He blogs at: https://itsahill.wordpress.com/ 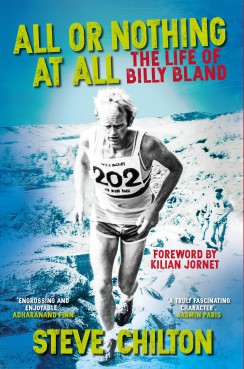 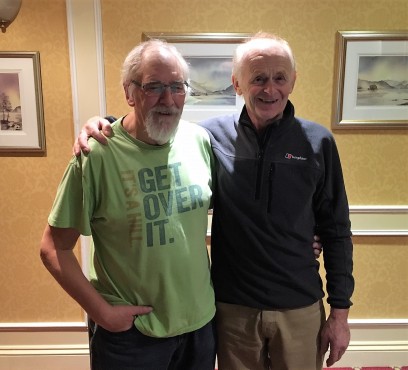 One thought on “Running through the field”