I’ve recently started reading Rob Cowen’s highly-acclaimed book “Common Ground”. It’s an autobiographical account of the author’s appreciation of and immersement in a stretch of Green Belt land on the edge of his hometown of Harrogate. Given that I’m involved in a campaign to save a similar piece of Green Belt nearby in Leeds, I thought I’d take the half-hour trip up the A61 to check out this patch.

A brief look at the map reveals that the area is bordered by a triangle of paths. This forms a convenient 2-mile rambling circuit and a good way of getting a first impression of the author’s “Edgeland”. My round took just over an hour, although there’s plenty of scope for poking around and extending this further.

I parked at the car park on Bilton Lane, a couple of miles north-east of Harrogate town centre. The three sides of the triangle are each of well-defined character, and I chose to do the circuit anti-clockwise. So first it was down an ancient track through open fields. Second, through musty woodlands alongside the broad River Nidd. And finally, returning via an old railway line that now forms part of the Nidderdale Greenway, a dedicated traffic-free route. 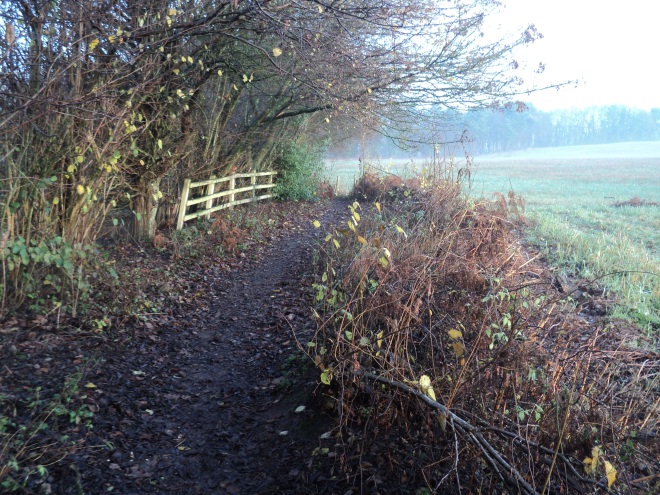 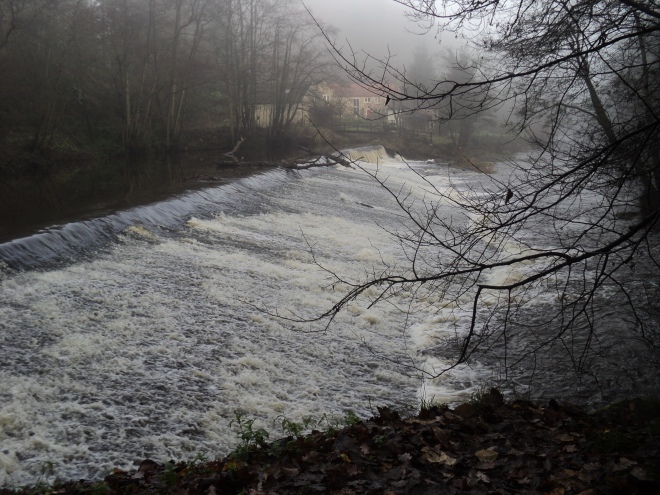 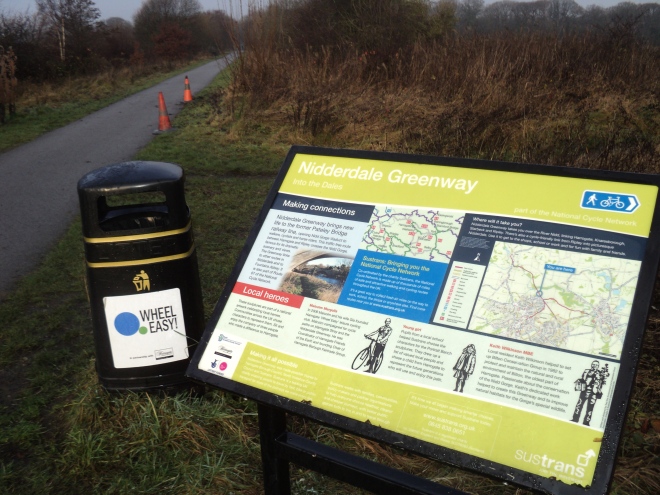 The main theme I’ve taken from what I’ve read of the book so far is that while the countryside on the edge of our towns may lack the beauty of more remote areas, it is of at least equal value to us. There may be unsightly pylons, litter, yapping dogs etc… but the very proximity of these areas provides us with an easily-accessible contrast to our everyday urban experience.

It was certainly very easy to have a sense of “getting away from it all” on the first two sides of the triangle. I didn’t pass anyone on the walk down the track, and only a few alongside the river. However, the character of the walk changed once joining the Greenway – a well-used thoroughfare for dog walkers, cyclists and runners as well as ramblers like me. Lots of accompanying paraphernalia along here too – noticeboards with leaflet dispensers, bins, benches, even sculpture…. 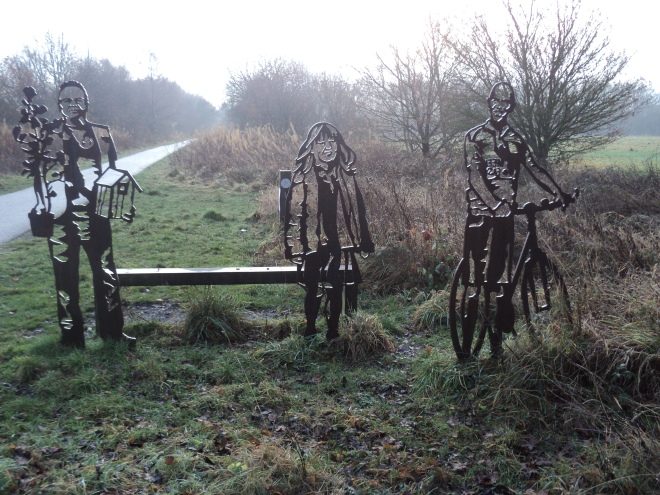 It was this part of the walk that provided the over-riding impression. The sculpture depicts three figures – two are of local people that played an important part in the establishment of the Greenway; the third, the young girl, represents future generations that will use and enjoy the path. And on adjoining boards, lots of notices about current planning issues affecting the area, not least proposals for a Harrogate Relief Road and a review of the Green Belt. One particularly heartfelt plea is worth reproducing:

It’s clear then that in Bilton, on the edge of Harrogate, the Green Belt that so many people enjoy is, firstly, only there as a result of the tireless efforts of local people over many years and, secondly, will only remain if people continue these efforts. The Green Belt will always be coveted by developers, but it exists to provide a broader societal need. The parallels with our current situation in Leeds are obvious.  I wish the Bilton residents luck in their efforts.

Right, must get on and finish the book….. I have a hunch that it will not do the cause of preserving the Harrogate Green Belt any harm. We could do with something similar for Tetley Field!

One thought on “The Green Belt – our common ground”